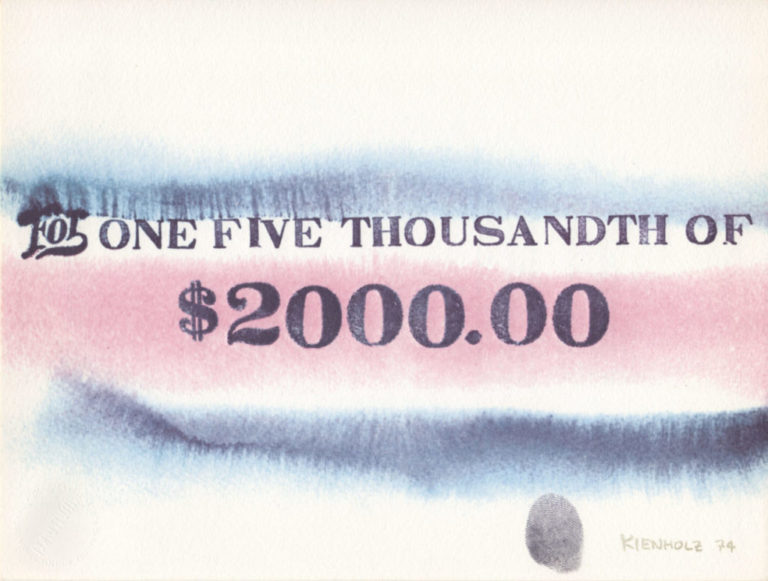 Edward Kienholz: the art of repulsion

Few artists like the American Edward Kienholz managed to turn the dark side of the West into art. Repulsive and repulsive, critical and irreverent as only contemporary art can be.

Born in the state of Washington in 1927, Kienholz grew up in a family of Christian fundamentalist farmers. He studies art, but never takes the diploma and earns a living doing jobs like the carpenter, the mechanic, the assistant in a psychiatric hospital, the used car dealer.

In the ’40s he moved to Los Angeles, where he began to work on the assembly of everyday objects and waste. Far from the celebratory aesthetics of Pop, his things are symbols of waste, of unrestrained and irresponsible consumerism, sometimes waste or materials like hair, rags and poured vinyl glues.

Their tableaux or environmental assemblages derive from this experience, representing scenes of death, war, sex, violence and religious intolerance in an extremely realistic manner, also thanks to the use of leftovers of mannequins or plaster casts of real people. 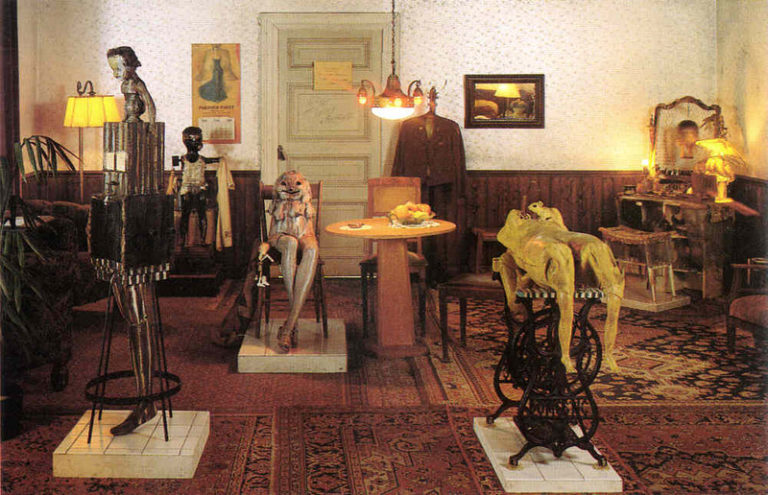 In 1957, together with the theoretician Walter Hopps, he founded Ferus, which soon became an important avant-garde center. In 1961 he exhibited at the Pasadena Art Museum and in the exhibition Art of Assemblage of the MoMA, alongside the likes of Picasso, Duchamp and Schwitters. He also made his first environmental installation for document 4: Roxy’s, a Nevada brothel populated by grotesque garbage figures.

In 1972 he began his artistic association with his wife Nancy Reddin, which lasted until his death in 1994.

Five car stud: the shock, the forgetfulness and the return

One of Kienholz’s best-known accomplishments is Five car stud, an impressive representation of a lynching. 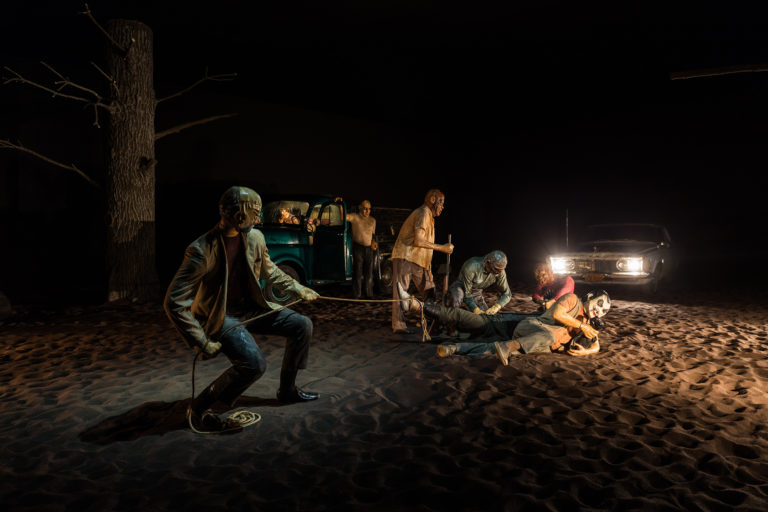 In the light of the headlights of a car, three white men immobilize a black man on the ground, while a fourth wields a knife with which he is emasculating him. Not far away a noose hangs from a tree and a white woman is stuck in a van by another white. All the figures appear grotesque and deformed, the scene is the fragment of a suspended, chilling and violent time, made even more disturbing by folk music in the background.

Presented by Harald Szeemann at documenta 5 (1972) Five car stud immediately gets the approval of the European critics, but is vandalized by some visitors. It is then bought by a Japanese collector, who keeps it in storage for almost forty years. Only in September 2011 was installed at the Los Angeles County Museum of Art and, the following year, purchased by the Prada Foundation, which exposes it for the first time in Italy in 2016.

For Bolaffi Kienholz he has made The sense of business, cover of the series The senses.