Giorgio de Chirico is the undisputed father of Metaphysics. The Squares, the Mannequins, the shadows and the mythological characters evoked in his paintings constitute a crucial point in the history of the twentieth century art. 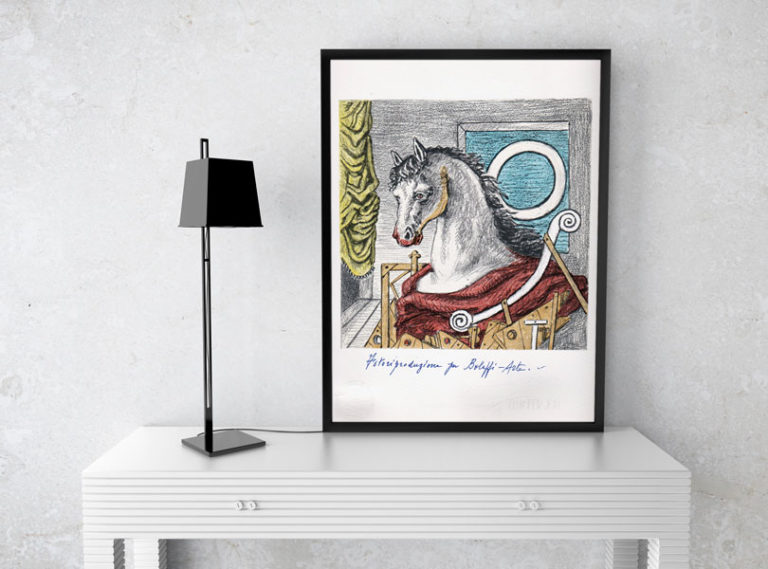 Born in Greece from Italian parents in 1888, Giorgio de Chirico moved to Italy in 1909. In the years of his training he received the first drawing lessons from the painters Mavrudis, Carlo Barbieri and Jules-Louis Gilliéron. He was also influenced by Arnold Böcklin and Max Klinger. He spent some years in Paris, where he got to know Guillame Apollinaire, Max Jacob and Pablo Picasso and became interested in the art of Paul Gaugin.

Precisely in these years metaphysical painting was born, and the artist brought it to his work  The enigma of an autumn afternoon (1910) whose composition appeared to him as a sort of epiphany while sitting on a bench in the middle of Piazza Santa Croce in Florence.

On the eve of the First World War he joined his brother Andrea (who later assumed the pseudonym of Alberto Savinio) and was sent to Ferrara. Soon his poor health forced him to a hospitalization at the military hospital Villa del Seminario, that also hosted Carlo Carrà at the time. Upon the meeting of the two artists, the metaphysical movement began, soon joined by Alberto Savinio and Giorgio Morandi. 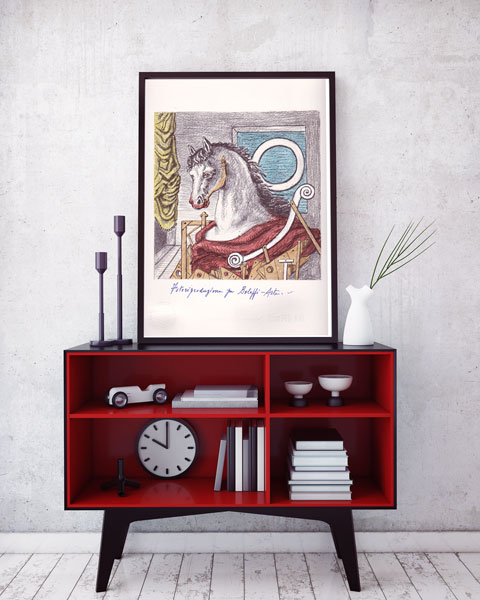 The evolution of Metaphysics in the works of Giorgio de Chirico

In his metaphysic paintings, de Chirico created oniric suggestions placing disrupting objects and ancient statues in outdoor environments between bleak and lonely buildings. Colors were spread out in wide and uniform layers of paint, in which every scene seems suspended in an indefinable time lapse.

Over the years he had been dealing with different subjects in a metaphysical key, gradually abandoning the Squares to study the Mediterranean myth. This is the reason for paintings such as  The Archaeologists, The horses on the seashore, The trophies, The landscapes in a room, The furniture in a valley and The gladiators. There are also self-portraits and portraits, especially for women. In the last years of his life he started a research called New Metaphysics, in which he re-developed the subjects of the works of the first thirty years of the twentieth century with brighter colors and less disturbing atmospheres than the original works. He died in Rome in 1978. In the eighties, the Foundation Giorgio e Isa de Chirico was born to protect and promote his artistic and intellectual work.

For Bolaffi he developed the Letter O, published in the series of art multiples, dedicated to The alphabet letters.