Michelangelo Pistoletto: from the mirror to the space - Marotta Editori 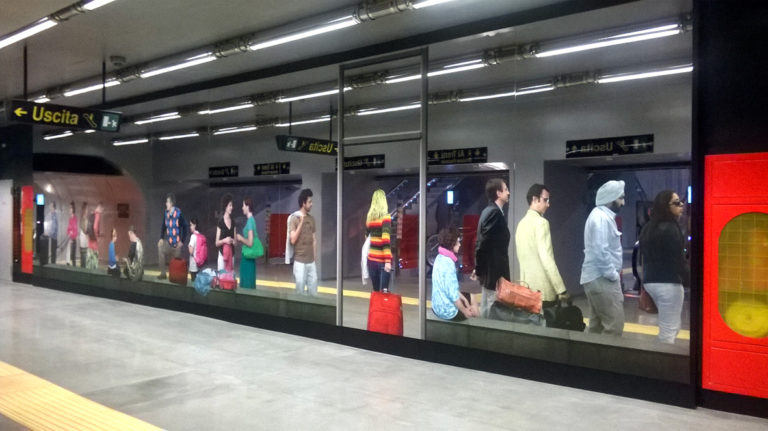 Michelangelo Pistoletto: from the mirror to the space

Michelangelo Pistoletto’s works have overwhelmingly come into our collective imagination: La Venere degli Stracci, i Quadri Specchianti, projects such as Love Difference and Terzo Paradiso are just some of the keypoints that draw the artist’s artistic path. Last year, his art crossed the ground’s boundaries to reach the outer space.

Born in Biella in 1933, Michelangelo Pistoletto took the first steps along his artistic education within his father’s lab, who was a painter and a restorer.  Then, he attended the graphic design school directed by Armando Testa. In the 50’s he started his artistic activity in exhibitions with the series Autoritratti. 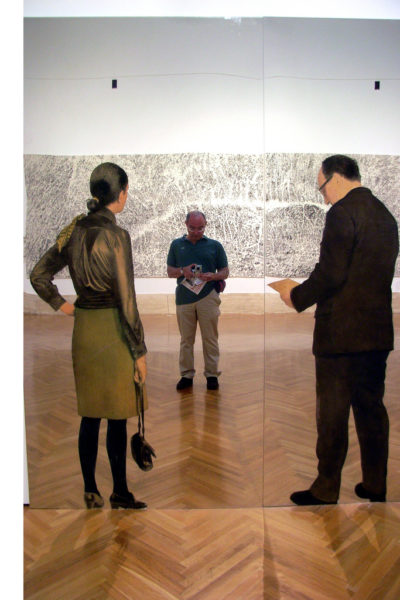 A first breakthrough occurred at the beginning of 60’s , with i Quadri Specchianti: these were made bringing pictorial elements photographically onto onionskin, then, applied to a stainless steel plate polished to perfection. They were able to capture and involve the spectator as well as the dimension of time within the artistic work.

Few years later, Pistoletto started developing his activity beyond the traditional exhibition space.  In 1967 the Zoo was born: the artist opened his studio to coworkers from the most different disciplines and to the public too. In fact, during several meetings, he developed a number of creative collaborations.  With the Zoo Pistoletto participated in Biennale di Venezia of 1968, where he got chance to publish the Manifest of collaboration. His unifying action represented the  integral part of his poetics developed over the years.  In 1978 – 1979 in Atlanta, he gave birth to Creative Collaboration, as in, a form of artistic collaboration extended to the whole city. In Corniglia, his same idea will be developed through the time: together with the inhabitants of the small town he will perform at Teatro Quirino in Roma, with a show called Anno Uno (1981). 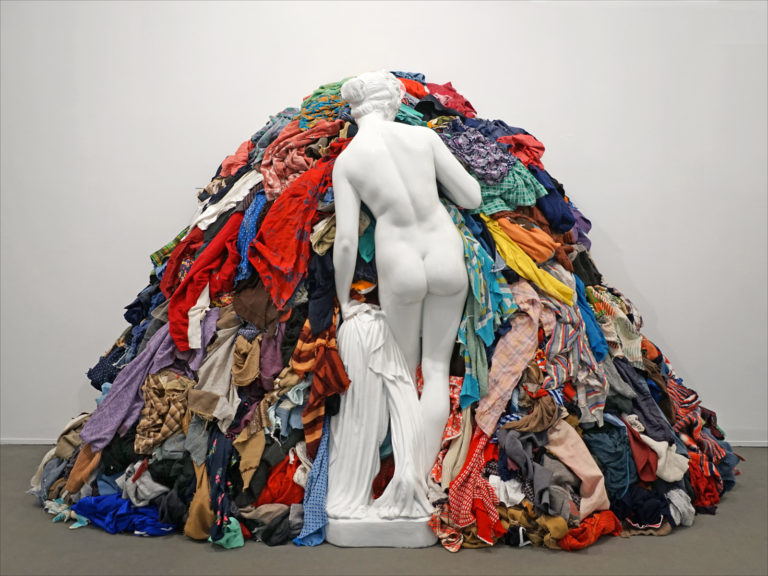 Even within Poor Art, Pistoletto acted as a catalyst for artists from Torino and Rome with the essential role of unifier between the two.  From cooperation to social commitment the passage was little: in 1994 Pistoletto gave birth to Progetto Arte, which through a programmatic manifest, public meetings, demonstrations and exhibitions, promoted art as the core function of a social responsible transformation. The activities linked to the project have been developed even today in the Cittadellarte – Pistoletto Foundation, a disposed manufacture from Biella, bought by the artist in 1991. 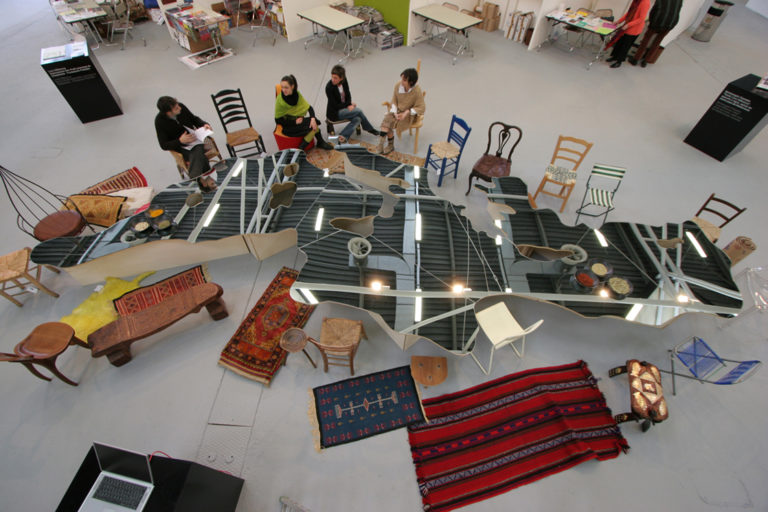 In 2002,  a project, product of Cittadellarte and called Love Difference – Artistic Movement for Intermediterranean Politics , was launched. For it, the artist developed a massive mirroring table shaped as to resemble the Mediterranean sea: this table will host numerous activities aimed at promoting a political system that embraces mutual differences.

Pistoletto, Naples and the space

In 2010 Pistoletto published his essay Il Terzo Paradiso,  drawing its symbol as well: a reproduction of the mathematical sign of the infinity, in which instead of 2 circles there were 3.  The third one in the middle reproduced the female womb, where a new human kind able to overcome the disruptive conflict between nature and artifice, would have been generated. 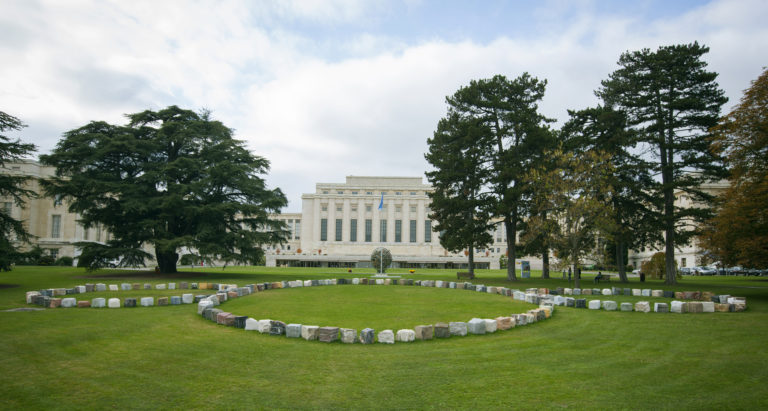 This Symbol, simple but powerful, was installed in 2014 in the hall of the European Council seat in Bruxelles during a period of Italian Presidency. It also became an artwork entitled Rebirth, and installed within the park of the United Nations building in Geneva,  it was made with 193 stones, each one for a member country of United States (ONU). 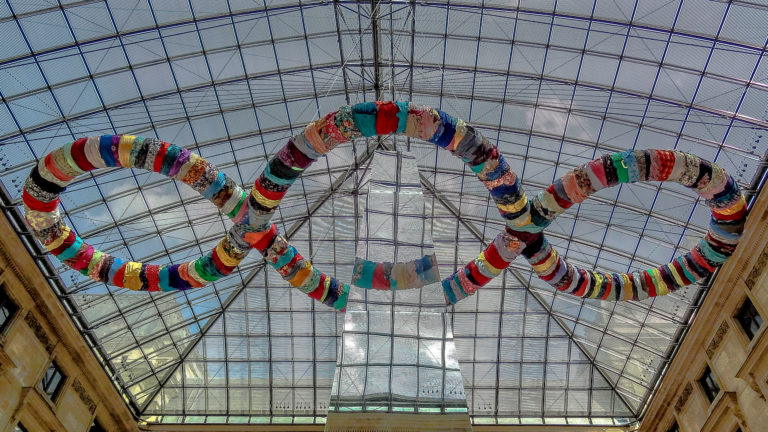 The Terzo Paradiso arrived to Naples as well: Pistoletto (who is also the author of the Metro Station 1 and 2 at Garibaldi Sq. ) gifted a version of his work to the Focus Foundation  in the heart of  Quartieri Spagnoli in Naples (2017). 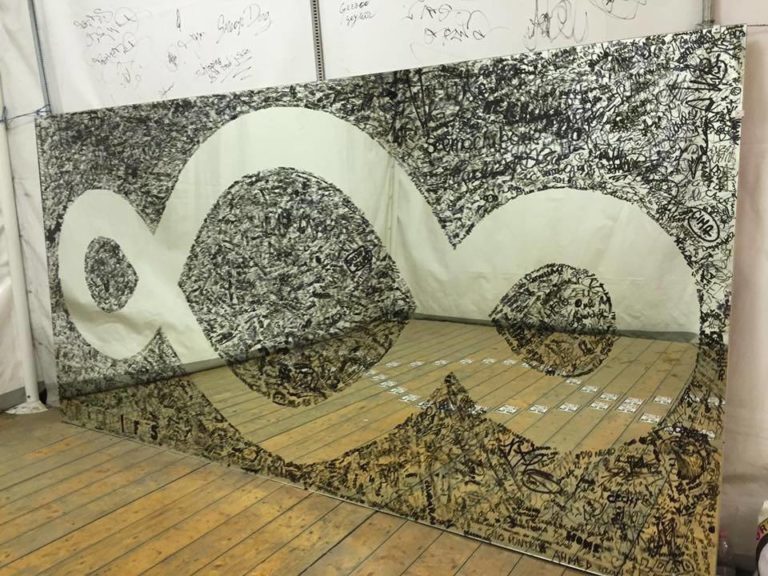 His work is featured by the outline of the Terzo Paradiso itself, placed on a 360x240cm mirror, upon which citizens could write or sign with permanent marks. The mirror was directed in a way that it reflected life out of the small street facing the Foundation as it would almost be an osmotic exchange between inner and outer space. Finally , in the same year, a reproduction of the Terzo Paradiso symbol has been choosen for the logo of the Vita space mission bringing the utopic beauty of Pistoletto’art through the stars. For Bolaffi he made the cover of Acquarium, edited within the multiples of art dedicated to the Zodiac signs.