Multiples of contemporary art, works between past and present | Marotta 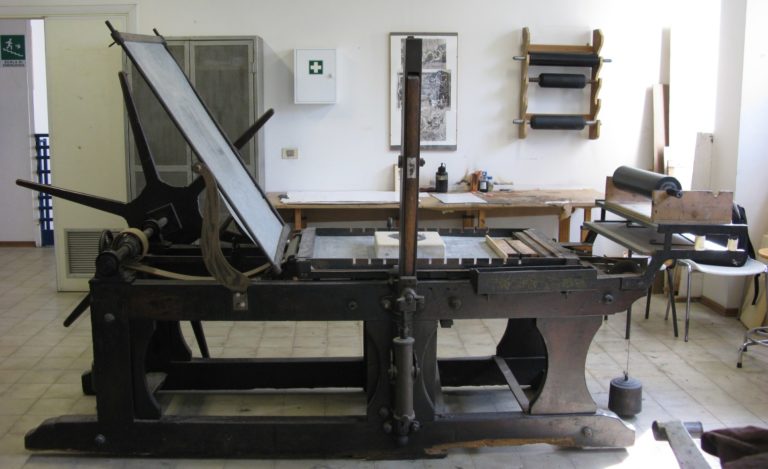 Multiples of contemporary art: works suspended between past and present

14 December 2017 Posted by Luca Clemente News, techniques 0 thoughts on “Multiples of contemporary art: works suspended between past and present”

With the wording “multiple of contemporary art” are indicated all those original works made in different samples. These are generally prints, obtained through very special procedures, whose techniques often have ancient roots.

The printing techniques used to make art multiples are divided into: relief engraving, empty engraving, flat printing, serigraphy. All but the last one needs a matrix (that can be made out of the most disparate materials), and a press that allows the image to be transferred to another material (paper, cloth or other) for a certain number of times. 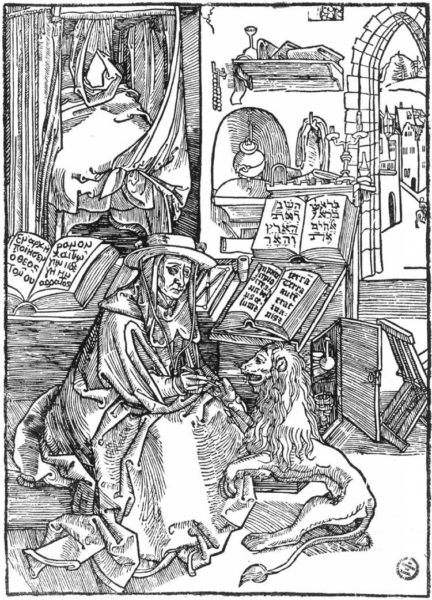 Albrecht Dürer, Frontispiece for the Letters of St. Jerome, 1492

The engravings in relief are essentially xylography and linoleographs. For the first ones, the matrix is made of wood, for the others it is made of linoleum. They share the characteristic for which the matrix is etched in such a way that the parts that are to receive the ink are left in relief.

The xylography has very ancient origins: the first prints on paper date back to the eighth century after Christ. The linoleography, however, was born in Austria at the beginning of the twentieth century by the painter Franz Cižek, who was teaching drawing in Vienna. The invention of linoleum dates back to the second half of the nineteenth century, but back then, it was just used as a material to cover the floors of the houses. 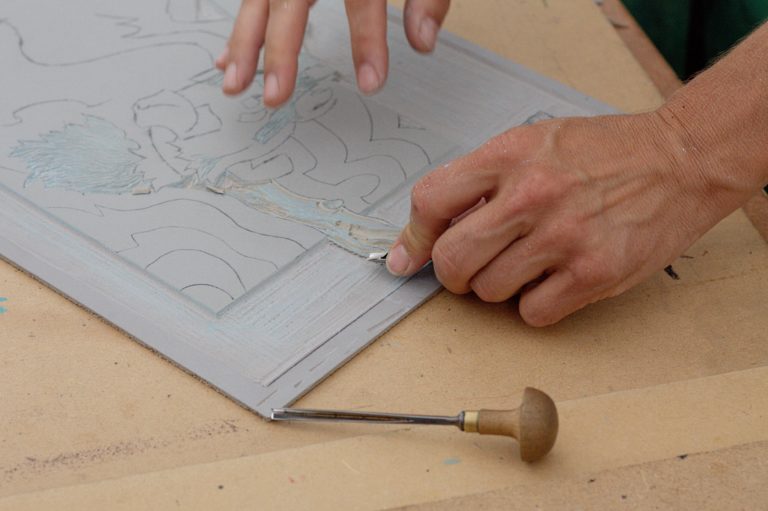 For the empty printing, however, the following techniques stand out: etching, aquatint, halftone, burin and drypoint. The first two are made with the aid of acids, the halftone with two instruments, called rocker and burner, which is used to obtain respectively the dark and light parts. The burin prints are made with the homonymous tool and the drypoint prints with a pointed instrument (often a diamond point).

What they all have in common is that the shapes to be printed as well as those that receive and transfer the ink, are engraved and not in relief.

For the flat printing the matrix is not engraved at all, but the multiples are obtained from drawings drawn on perfectly flat surfaces (whose name derives from). This is mainly lithography and offset printing (which is applied in the industrial field), to which photolithography can be added. 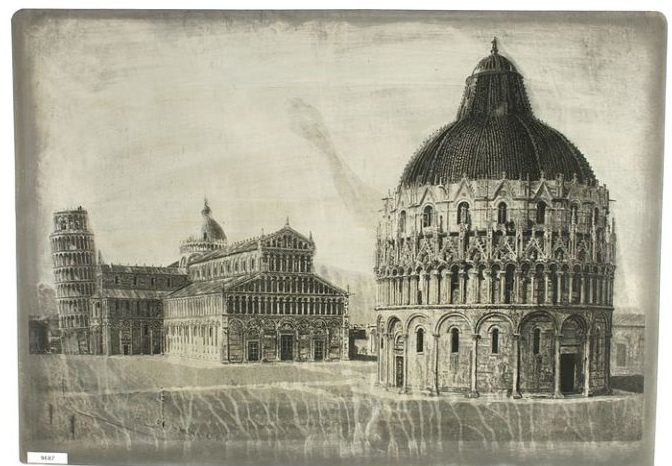 Plate used as a printing matrix. Reproduced from a drawing, it was created between 1900 and 1949 by Vallardi publisher and it is currently preserved in the Leonardo Da Vinci National Science and Technology Museum. Photo Credits: https://commons.wikimedia.org/

Finally, for serigraphy, the process is completely different, as the colors are spread over a very thin fabric that is suspended a few millimeters from the surface to be printed. Therefore, with a slight pressure, they reach some parts and not others. Complete drawings are obtained with multiple steps. 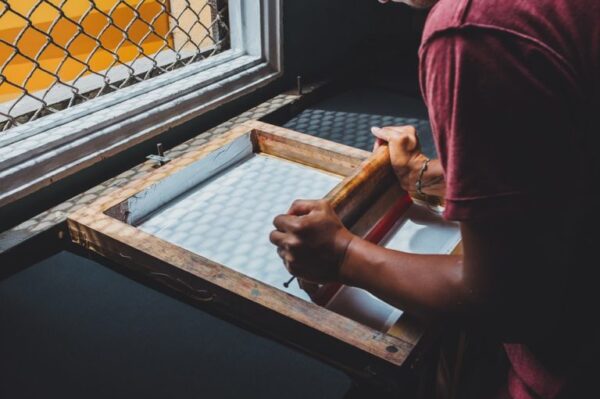 After this brief excursus, it is worth considering that, despite the wide variety of available techniques, contemporary artists have often dedicated themselves to flat printing and screen printing. In fact Andy Warhol has made the technical reproducibility a distinctive hallmark of his works to the point of creating serigraphs and lithographs in his Factory. 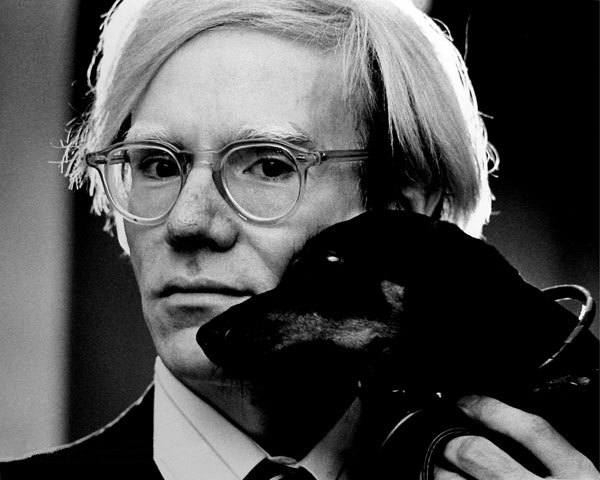 For the father of US Pop Art, prints were almost fetish, but many other artists also dedicated themselves to multiples, often with great

mastery. A perfect example is represented by the Italians Alighiero Boetti, Michelangelo Pistoletto, Enrico Baj, Pietro Consagra and others. And sacred monsters such as Picasso, Miro.

Lithography, offset printing and photolithography reached very powerful means of expression, and are widely used by artists to produce limited editions. The three procedures are based on a very simple principle that is the incompatibility between water and fatty substances.

The lithographic print was invented by the Austrian Alois Senefelder in 1796 and took its name from the stone (làthos in Greek) that constitutes the matrix. This stone must be composed of calcium carbonate, and has to be calcareous and porous. It is smoothed with pumice or sand to be drawn with a fat pencil, then subjected to treatments to increase the porosity of the exposed parts and fix the ink of the drawing, and finally moistened. The drawn parts repel water, while the others hold it back. The stone is then inked and placed on the press for printing. 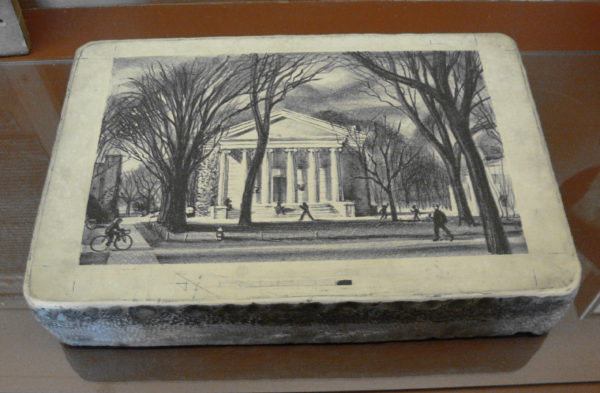 Since the ink is rejected by the moist parts and held back by the greasy ones, just the ink left on the greased pencil drawing will be printed on the print sheet. Over the years, the stone matrix has been replaced with a zinc plate.

The offset is basically the industrial version of lithography, which is obtained thanks to special machines and is used for high runs (such as newspapers, magazines).

Photolithography, on the other hand, is a sort of evolution of the original lithographic procedure often used for contemporary art. The substantial difference concerns not drawn matrices that receive the image from a negative after being treated with a jelly matter that makes it photosensitive. Once they come in contact with the negative and are exposed to light, they are washed with water: the parts with the gelatine repel it. 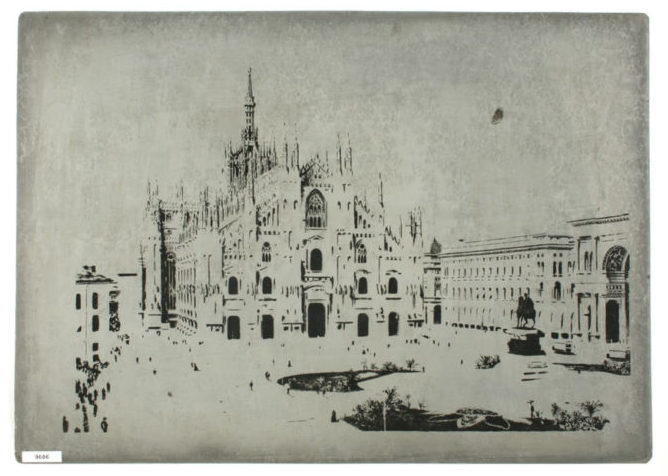 Plate used as a printing matrix in cylindrical machines, taken from a photographic effect by solarization. Preserved in the Leonardo Da Vinci National Science and Technology Museum. Photo credits: http://www.museoscienza.org/

Finally, the matrices are inked and, as in regular lithography, only the hydrophobic parts are able to hold the same amount of ink and transfer it to the sheet by a press.